The Art of Fugue, an Anamorphosis

Long time addicts of het Collectief will undoubtedly remember ‘Ein musikalisches Opfer revisited’ (A Musical Offering Revisited), a programme presenting a kind of ‘warholian’version of Bach’s masterpiece, with the help of twentieth century techniques and styles. Now, once again, Het Collectief is setting to work with Bach, this time with that other mythical work, Die Kunst der Fuge (‘The Art of Fugue’).

This new challenge was prompted by the discovery of the work of Johannes Schöllhorn, a German composer and conductor, who manages to endow Bach’s ‘magnum opus’ with a totally new dimension. He calls his adaptations of the many fugues or counterpoints ‘anamorphoses’, a designation that reflects the whole idea of the work.

This is what Johannes Schöllhorn writes about it himself: “The term ‘anamorphosis’ means ‘transformation’, ‘alteration’ and it has chiefly been used in the history of art to refer to manierist painting in the XVIth century. Anamorphic paintings represent images that are very different according to the perspective one adopts or the direction from where one looks at them. So a frontal view of something may reveal a landscape, whereas from a slanting angle it reveals a human profile. By using optical devices like e.g. a conical or cylindrical mirror, one may suddenly be confronted with clear images originating from what appears like a jumble of colours and shapes.”

“My ‘Anamorphoses’ are a series of movements based on Bach’s Die Kunst der Fuge (The Art of Fugue). Each movement is approached from a new compositional perspective. Bach develops his subject again in each new movement and his music bears close resemblance to other musical forms such as the French ‘ouverture ‘or the Italian ‘concerto’. In the same way, in ‘Anamorphoses’, the conical and cylindrical mirrors of the technique used for the arrangement vary, so as to give birth to new styles, colours and forms. “

selection from 'The Art of Fugue' #
×

selection from 'The Art of Fugue' # 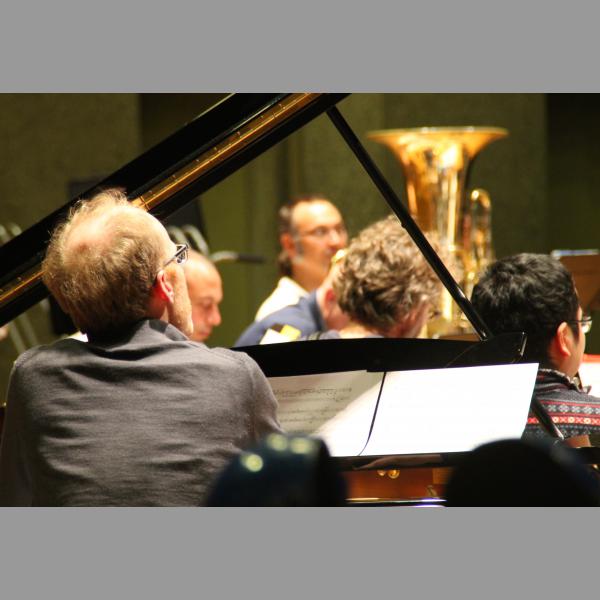 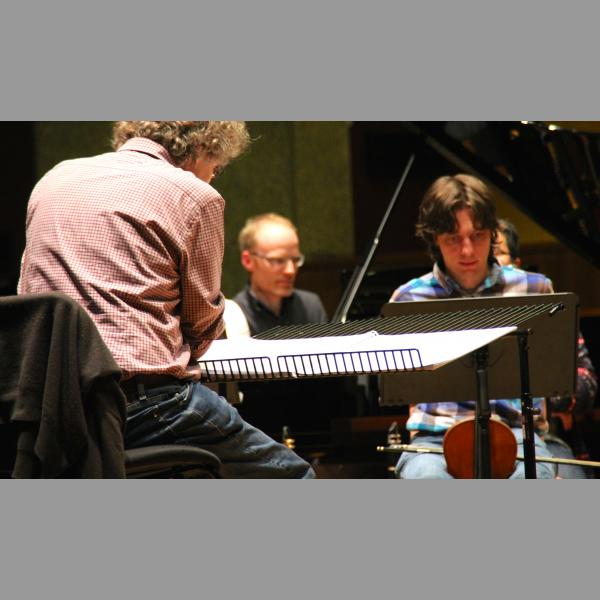 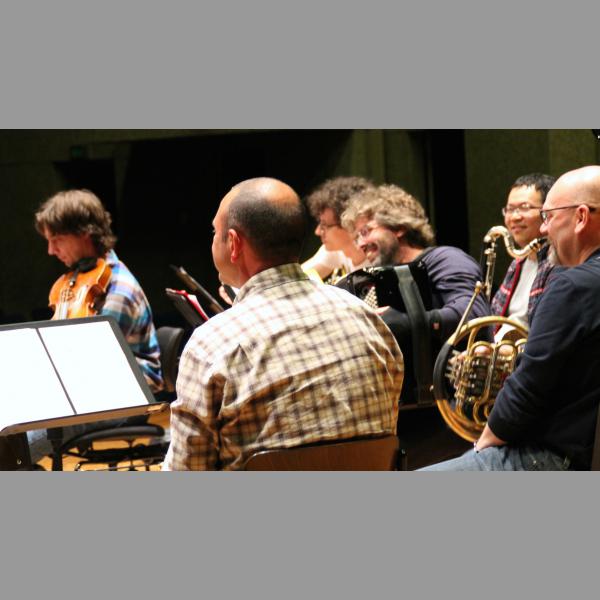 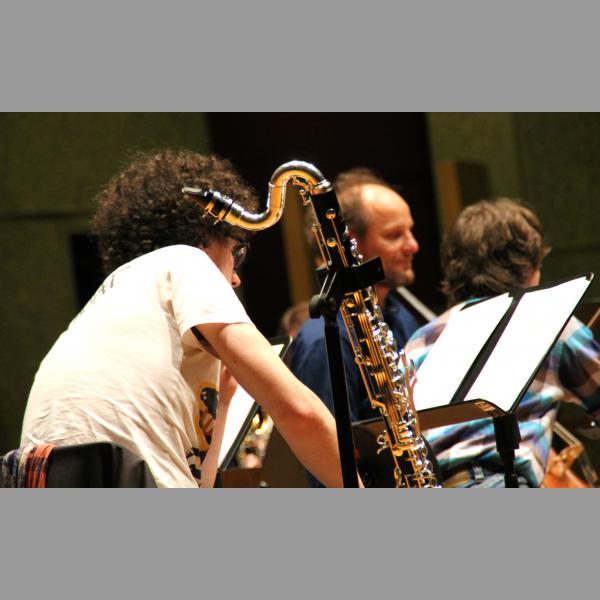 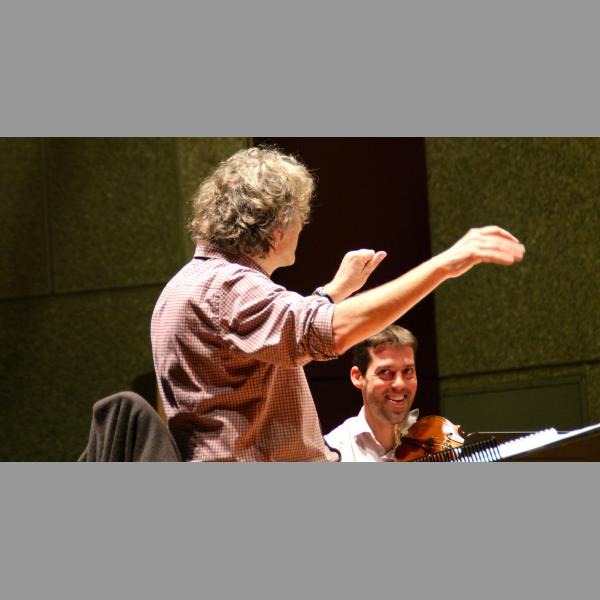 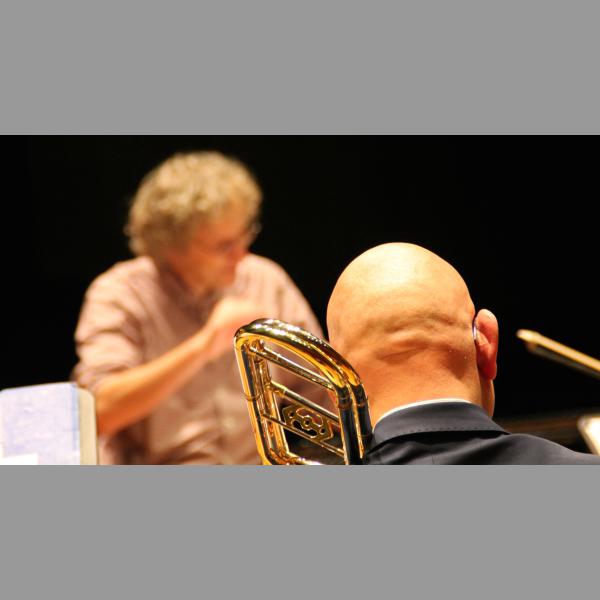